GET YOUR FREE ROOF ESTIMATE NOW!

Alonso Lopez Jr., the leading provider of family owned roofing in San Antonio, says he knew he was going to marry Michelle the first time they met. Alonso and Michelle were at a dance when they first saw each other. They danced together that night and have been together ever since.

Alonso was born in San Antonio and graduated from Holmes High School. He grew up loving the outdoors and working on a ranch located in South Texas that has been in his family for multiple generations. He enjoys raising Santa Gertrudis cattle as a legacy to his Texas ranching heritage, hunting, and fishing. This San Antonio commercial roofing contractor attended Texas Tech University and later transferred to Southwest Texas State University, now Texas State, to be closer to Michelle. Michelle is from Austin, Texas. 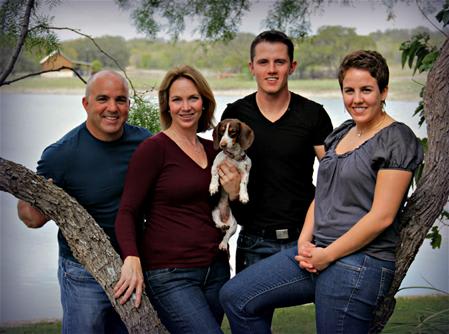 She is the youngest of three siblings. She graduated from Crocket High School. Michelle is a creative and artistic person; she is an incredible interior home designer and oil painter. She loves to attend her exercise class and stays active.

Alonso and Michelle married in 1984 and shortly after had their first child, Lauren Michelle. They recall how stressful and scary it was to be starting a business, marriage, and family at the same time. Michelle remembers hand-painting signs for the business, and Alonso recalls going to do estimates in his old 1977 pick-up, praying the engine started. Late in 1985, Alonso and Michelle had their second child, Alonso III. Santex started making strides by this point, and the family started to flourish.

Lauren went to Taft High school, where she excelled in sports. After graduating, she attended Texas Tech University. She graduated with a BA in Public Relations and a Business minor. Lauren enjoys watching live music, playing her guitar, and learning about business.

Alonso III graduated from Warren High School and went to A&M Corpus Christi, later he transferred to Texas State, then Texas Tech University. Alonso is nicknamed Tiger. His father called him Tiger from the time he was a newborn, and the name stuck. It is just a weird coincidence that he also is a very talented golfer. He also enjoys the outdoors and loves to watch the wildlife in its natural habitat.

Lopez has four dogs that are like family. Spuds is 17 years old, and even in his old age, he loves to walk in the neighborhood with all of his doggie girlfriends. The girl is 11 years old and probably the most loyal and amazing dog the family has ever owned. She is smart, intuitive, and incredibly brave. Peanut Marie is almost two years old and weighs 9.5 lbs. She is the smallest of the bunch but doesn’t know it. They tease her all the time and tell her she has small dog syndrome. Cali, named after “California,” is the newest arrival…

Rolando Romero who specializes in roof repair in San Antonio was born and raised in Coahuila, Mexico. Like many, at the age of 18, he decided to move to the states for a better life. Rolando accomplished the goal he had as a young man – he wanted to raise a loving, hardworking family and enrich them with values for them to conquer the world on their own.

Rolando and Monica married and decided to start a family. Monica was born in San Antonio, Texas. With a strong passion for caring for people and helping others, she became a nurse in 1996. Rolando Alonso was their first child. A creative-minded individual, Rolando Alonso, studied Radio-Television-Film at the University of Texas at Austin. He currently works at Troublemaker Studios and dreams of producing his own feature films. Pearla Edith was their second child. Just like her mother, she has a passion for caring and helping others. While her mother cares for people, Pearla tends to animals. Pearla currently studies Biology at the University of Texas at Austin and dreams of becoming a Veterinarian. 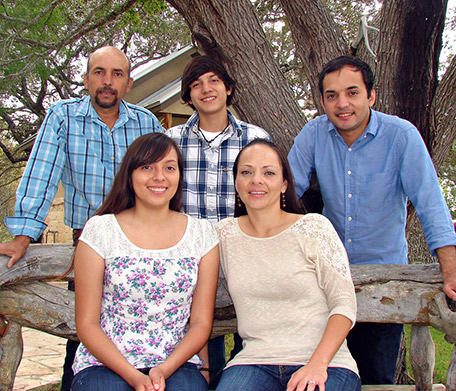 Ivan Romero is their third and last child. Full of energy and always on the go like many teenagers these days, he attends Holmes Business Careers in San Antonio, Texas. He dreams of being a computer scientist, a professional skater, running a business… actually, he doesn’t know yet. Whatever it might be, his family will be proud.

Rolando and Monica are proud of what their family is accomplishing. It is definitely not the end; they will continue to grow and prosper, conquering one dream at a time. 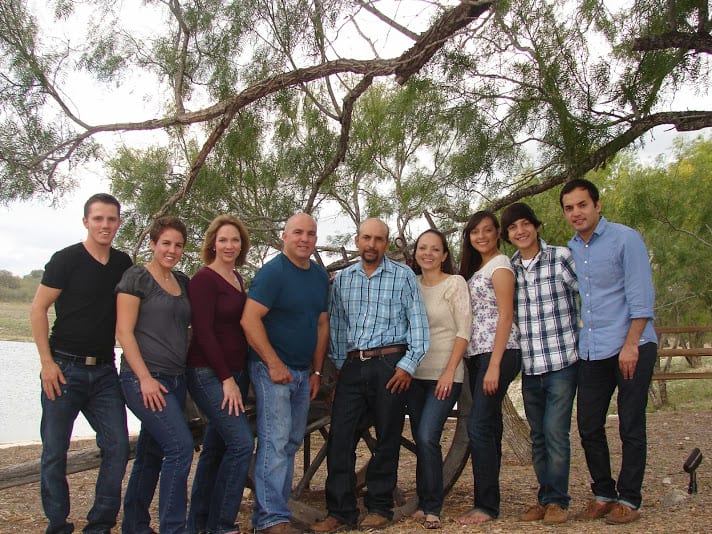 This site uses Akismet to reduce spam. Learn how your comment data is processed.

Contact us for all roofing services in San Antonio!